As scholar-practitioners, this question has consumed our research agenda for the past several years. In an attempt to find answers, we have completed studies both in the corporate sector [i] and in a military environment (in this case, the U.S. Army). [ii] But what is it that toxic leaders do and why, you might be asking, should anyone care? Isn’t this just the newest buzzword in a long line of “hot” topics?

Toxic Leaders—Who They Are and What They Do

Whether they are labeled as toxic leaders (in a military context) or workplace bullies (in a corporate environment), they are highly destructive. These types of leaders act aggressively toward their subordinates, are highly critical and dismissive, demand almost blind loyalty, frequently blame or take credit for the work of others and play mind games designed to keep people off balance. They exert their dominance and exploit their power and authority by threatening, intimidating, yelling, or engaging in vicious and explosive verbal assaults intended to demean, undermine, and publicly humiliate those on the receiving end. Though rare, they also sometimes engage in physical attacks too. Their subordinates generally hate or fear them (often both), and usually work very hard to stay out of their line of sight.

Why Should You Care?

Toxic leaders can (and often do) achieve extraordinary results, but the price is often sky high. Their impact on people is destructive and often intolerable, but they don’t seem to care. They just want to get the job done as fast as humanly possible so that they can secure their next promotion and move on up. As a result of their short-term “take no prisoners” focus, they invariably leave their organizations in far worse shape than when they started. Outcomes range from mutiny and death to an erosion of trust, increased turnover, domestic violence, higher absenteeism, increased alcohol and drug use, as well as reductions in employee motivation, productivity, and job satisfaction. As if that were not enough, the organization is also often hit with related costs arising from increases in workers’ compensation claims, plus marked spikes in both mental health and medical expenses (predominantly due to increased stress). In combination, these likely outcomes seem like more than enough reason to want to do something about finding, fixing, or firing these destructive leaders. There are some interesting distinctions between destructive leaders who operate in a military context from those operating in the corporate world. We will explore these differences next. 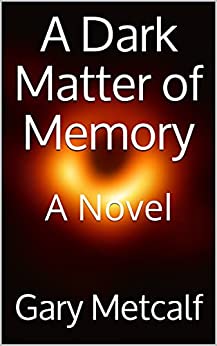